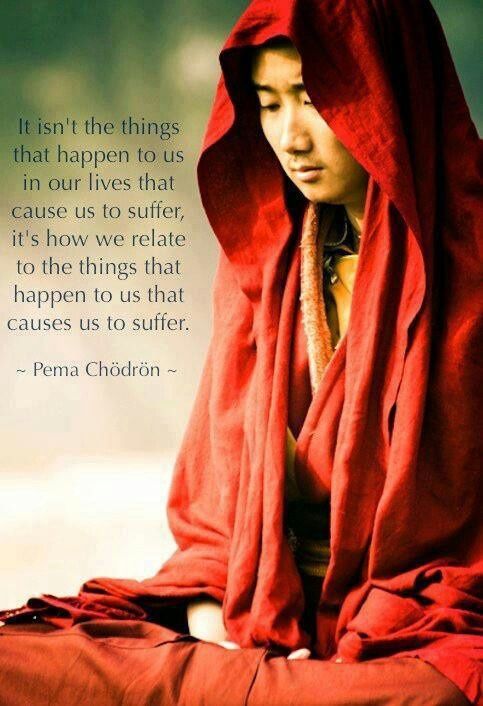 In this series of posts, I want to share with you five simple and powerful rebooting techniques to help you shake loose your limiting beliefs, change your mindset and reignite your life!

We started by discussing how creating a new mindset paves the way for a broad range of life changes. Reboot #1 asked us to look at our automatic reactions and responses and to ask ourselves an important question.

Now with Reboot #2, we delve deeper into the automatic.

Over a lifetime, we have reacted to thousands of situations which have left their imprint on us. This imprint sends out the same message over and over. It’s what makes us habitually respond the same way. It may also be one reason why we feel as if we are repeating the same day over and over again.

When we allow ourselves to be imprisoned by our automatic ways of being, we are in essence letting life live us, instead of the other way around.

It’s as if we feel powerless to changing our lives even though the ways in which we are living aren’t making us happy.

Being able to see that we sometimes operate on automatic, gives us the awareness necessary to begin to de-condition the brain.

Practice with someone you know who often triggers something in you. Perhaps it’s your teenage son or daughter who refuses to take out the trash. Notice yourself in the very moment that you ask and in the instant he responds. What is the automatic reaction you give when he refuses? Do you yell, nag about responsibilities, cajole him to recognize that he’s a contributing member of the family, or something else? Where does the interaction go from there?

Practice noticing the automatic reactions you bring to these situations. See if you can pause in that very moment before reacting.

It’s in that moment of pause where you have the opportunity to reject the automatic way of being and choose a dierent response.

I had the chance to practice this recently with a friend of mine who called to “vent.” Clearly, what was being vented about wasn’t really about me, yet the things that were said triggered something in me that made me want to defend myself and either find a way to calm him down or “fight back.”

Instead of reacting with my automatic response, I was able to catch myself in that very instant and simply stop.

It was truly remarkable to experience this heated interaction unfold. I was silent as he continued to vent, screaming at me almost as if I had done something to deliberately hurt him.

I uttered not one word, not one defensive retort, nothing. It felt a little strange even to me. It felt like so much time passed without a single addition from me. This was a pretty foreign response coming from me.

After a few continuous minutes of him yelling and blaming me, he stopped himself. There was a huge pause, and then he asked, “Are you still there?”

I calmly replied, “Yes. I’m just listening to what you are saying to me.”
It was as if I had helped him let all the air out of a very full balloon just by listening.

Letting him “get it all out” was all that he needed. What he was saying really had little or nothing to do with me, and I was clear about that. He just wanted to feel heard.

Most of us do.

If I had interjected my “automatic reaction” into his venting, the whole thing would have escalated to the next level.

The point is, the same brain that once was imprinted can be cleared again – all it takes is a little self- awareness, perhaps a lot of practice, and a little guidance and support. More on that in my next post. . .