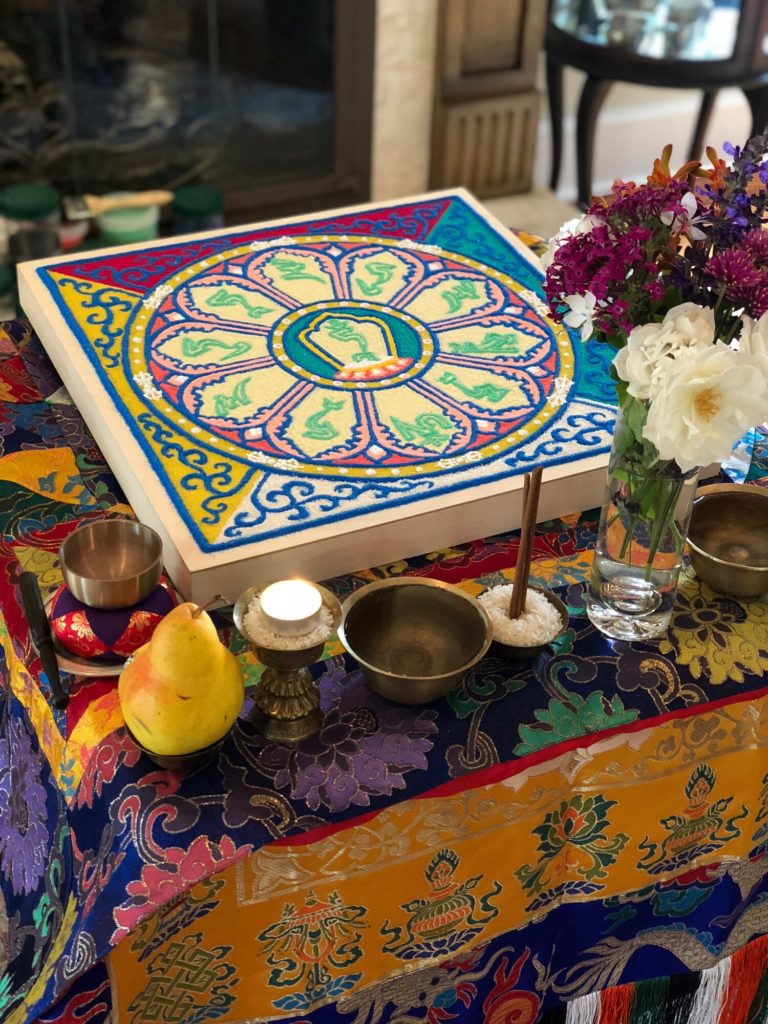 All Things Are Impermanent

We can never be certain of anything. Everything is impermanent. Whether we know it or not, we really are always taking a chance, precisely because there is no certainty.

When we get caught up in thinking everything is certain and predictable (or should be), it makes us feel like there’s some kind of a fixed idea of success. And when we stay caught up in that concept, there’s no room for us to be creative. But if you think about it, when we are creative, we risk failure and at the same time, we stay open to change.

This reminds me of a remodeling project I once did. I had a fixed concept in my mind of how things would look but more importantly, I was pretty much locked into the project being completed by a certain date. When things were pushed out due to materials on backorder, I had to completely readjust my expectations and flow with the changes that were occurring in the moment. Had I not been able to do that, I would have likely been very disappointed and perhaps even upset that things weren’t going to turn out when I thought they would. Instead, with the acceptance of change, I was much better able to simply allow for whatever happened to occur.

When we take the focus off the goal, it doesn’t mean that we’re giving up. Instead, it means that we’re staying receptive to the present moment. It gives room for change and creativity. Even more exciting is that it also helps us become more comfortable not only with change, but by new ideas instead of repeating the same thing over again.

Some of us are truly convinced that we are unable to meditate. This is because if they are practicing mantra, breath or thought meditation and their mind strays and they become distracted, they’re “certain” they’re doing it “wrong.” They think it’s supposed to look a certain way throughout the entire course of their meditation sitting. That’s just not how meditation actually works.

Of course your mind will stray. It will get caught up in the distractions of sound around you or sights, You will get hooked by some thought that comes up and find yourself quickly caught up in the ensuing rabbit hole of thought it hooks you into. But, if we simply recognize the distraction as a distraction and allow the thought to come, recognize it as thought and allow it to float away, it will also come back together again.

If you can accept whatever happens in your meditation whether it’s good, bad, indifferent, THAT is the practice. Ultimately, with practice and over time, that same acceptance of whatever comes will translate into your life.

Buddhists have an incredible practice to illustrate impermanence; sand painting a mandala. Sand painting is an intricate process. It requires millions of pieces of sand to make a mandala that is five by five feet square. It requires a team of monks working anywhere from days to weeks, depending on the size of the mandala, to create a floor plan of the sacred mansion that is life. They create stunning ancient symbols using vivid colors of sand. The monks bend over the piece for hours on end, dropping one grain of sand after another into intricate symbolic patterns. The purpose is to call the community to meditation and awareness of something larger.

But it’s not the painstaking, precise and artistic process that’s the message.

No matter if it takes them weeks or months to complete, when the mandala is finally finished, they destroy it. They sweep it up, every last grain of sand and give handfuls of it away to those who participate in the closing ceremony as a final memory of sublime possibility. Then they throw the rest of the sand into the nearest living stream to be swept into the ocean to bless the whole world.

In an instant, after all that hard work, time, detail to the artistry, it’s over.

Why? Because the underlying message of the mandala ceremony is that nothing is permanent. Nothing. All things are in flux, it says, beautiful but ephemeral, moving but temporary, a plateau but not a summit.

All things are impermanent. YOur pain, your sadness, your joy, your love, you life.

If you ever have an opportunity to experience a sand mandala ceremony, it is more powerful than words on this page can possibly describe.